Semproniano
Memories of an immortal guardian

All stories >
Semproniano
Memories of an immortal guardian

Visit the site of Semproniano Learn more about Semproniano
Scroll down

Semproniano: Memories of an immortal guardian
Learn more about Semproniano > 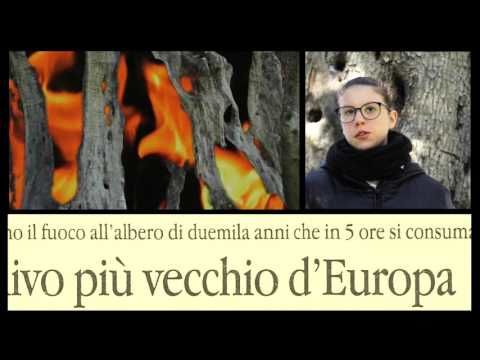 My roots sink into Fibbianello’s soil, a hollow valley devoted to olive growing, around the year 1000. I was a majestic olive tree, reaching 25 m in height, and my size dominated the land before me, for everyone I was, and I still am: the Olivone. I said “was” as in ’98 they set fire to me, but they didn’t quite manage to destroy me, and with my survival instinct I’ve managed to give birth to new buds.

Where the eye wanders from Amiata to the seaside

I was still a child when, beneath my leaves, the Aldobrandeschi would ride before me to reach their Rocchetta Castel, later named Rocchette di Fazio by Fabio Cacciaconti, who inherited it from his mother, becoming the master of it. Then, in 1536, Carl the Vth’s troops stopped beneath my shadowy branches before reaching Rocchette and destroying it.  Today in the town you’ll be able to see the Ospedale di San Tommaso, which can be connected to knight’s Templar thanks to a cross, the Agnus Dei and a face in stone carved onto the walls, depicting either San Tommaso or Bafometto. Walking amongst the stone buildings, such as the Palazzo Pretorio or the Palazzo di Giustizia, you’ll feel as though you’ve been closed away into a bubble which belongs to another time and place.  Once reached the peak of the village, the Pieve di Santa Cristina built in the 11th century hosts, in its architrave, a Croce Patente and, within, 15th century frescoes. Taking the Templars steps, you’ll reach the Rocca Aldobrandesca. There you’ll hear water flowing, a symphony that will go hand in hand with an astonished pair of eyes as they seize up the view: Monte Amiata, the Monte Labro, the Albegna Valley, and the Rocconi woods, all the way to the sea.

My dearest friends are the oaks and fruit trees that live in the Rocconi woods, an area which is partly protected by the WWF. With its rocky limestone walls, it’s the kingdom of the lanner falcon and the peregrine falcon, as well as being home to 28 species of wild orchids. That’s my sweetest memory, the Anacamptis laxiflora, an elegant orchid – alas, our love ended because she fell for a hornbeam, far more dashing than myself.

Years ago, a young boy named Mario Luzi came by to see me. Yes, it was really him, the Poet. His mother was from Semproniano, and so he spent his summers here growing up. It was here, amid the tribe to which he felt he belonged, that he painted the natural and human landscape with his words.

Vico Consorti, a sculptor born in Semproniano, would also come by to see me every time that he returned to visit his family. Though he’s now famous, having carried out the work for the Porta Santa, his fellow citizens tasked him with a project for the local parish church. In the 1980s, Consorti’s widow donated the town a replica of one of his bronze crucifixes.
Chapter #5

My land isn’t just beautiful, it’s rich. There are olive trees that produce a green-coloured extra virgin oil, vineyards that gift us with strong wine, sheeps to milk that as well as giving us their usual, standard products also gift us with raw-paste cheese, grains that are grown like in the old days, organically, so to obtain natural flours that can be used to make bread, biscuits, fresh patries. And of course, pigs, for cold cuts with a taste of their own.